Clement is a Rangeland Ecologist working as a researcher for the Agricultural Research Council. He is based in the Biodiversity and Conservation Biology Department at the University of the Western Cape. Most of his research is done in the arid and semi-arid environments of Southern Africa and he therefore works closely with rural communities whose livelihoods depend on livestock production.

After his studies at Stellenbosch University in the late 1980’s Clement obtained a BSc degree and Higher Education diploma and then taught at his local high school for about ten years. While teaching he established and ran a very productive and successful extra-curricular school environmental club.

Clement subsequently completed a part-time BSc Honours degree in Nature Conservation at the University of Stellenbosch and was later accepted into the Young Professional Programme at the Western Cape Department of Agriculture where he completed his Master’s degree under the supervision of Prof Sue Milton. 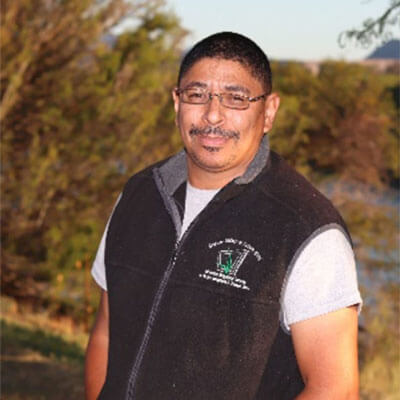 Clement has worked with and published with social scientists as well as an economist. He has a keen interest in anthropology and also in community development in the Namaqualand region. He managed two SKEPPIES funded development restoration projects and volunteered to mentor two community based agricultural organisations in their project development. This gave him valuable insight into the challenges of rural communities in their struggle to break the barriers to become self-reliant and to use their natural resources sustainably.

Clement was appointed as a Director of the Gouritz Cluster Biosphere Reserve in July 2020. He feels that as his understanding of development and conservation has evolved through the years, he can use this skill set to make a positive contribution to the organisation.