How our clothes are poisoning our oceans and food supply

Micro-plastic pollution is devastating our oceans.

In an article published in The Guardian Newspaper on the 20th June 2016 it is reported that new studies indicate that the fibres in our clothes could be poisoning our waterways and food chain on a massive scale. Microfibres – tiny threads shed from fabric – have been found in abundance on shorelines where waste water is released. Recent research indicates that the biggest culprit may be the shirt off your back.

In an alarming study, researchers at the University of California at Santa Barbara found that, on average, synthetic fleece jackets release 1.7 grams of microfibres each wash. It also found that older jackets shed almost twice as many fibres as new jackets. 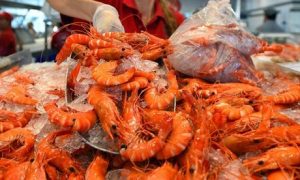 Companies that have built their businesses on the environment have been some of the first to pay attention to the growing microfibre issue.
(Photo: The Guardian Newspaper, 20/06/2016. )