This map was produced as a result of citizen science contributions to the bird atlasing projects. This particular map illustrates the significant decline in the Secretary Bird population between the 1990’s and the 2010’s. Some positive figures however for the GCBR domain. 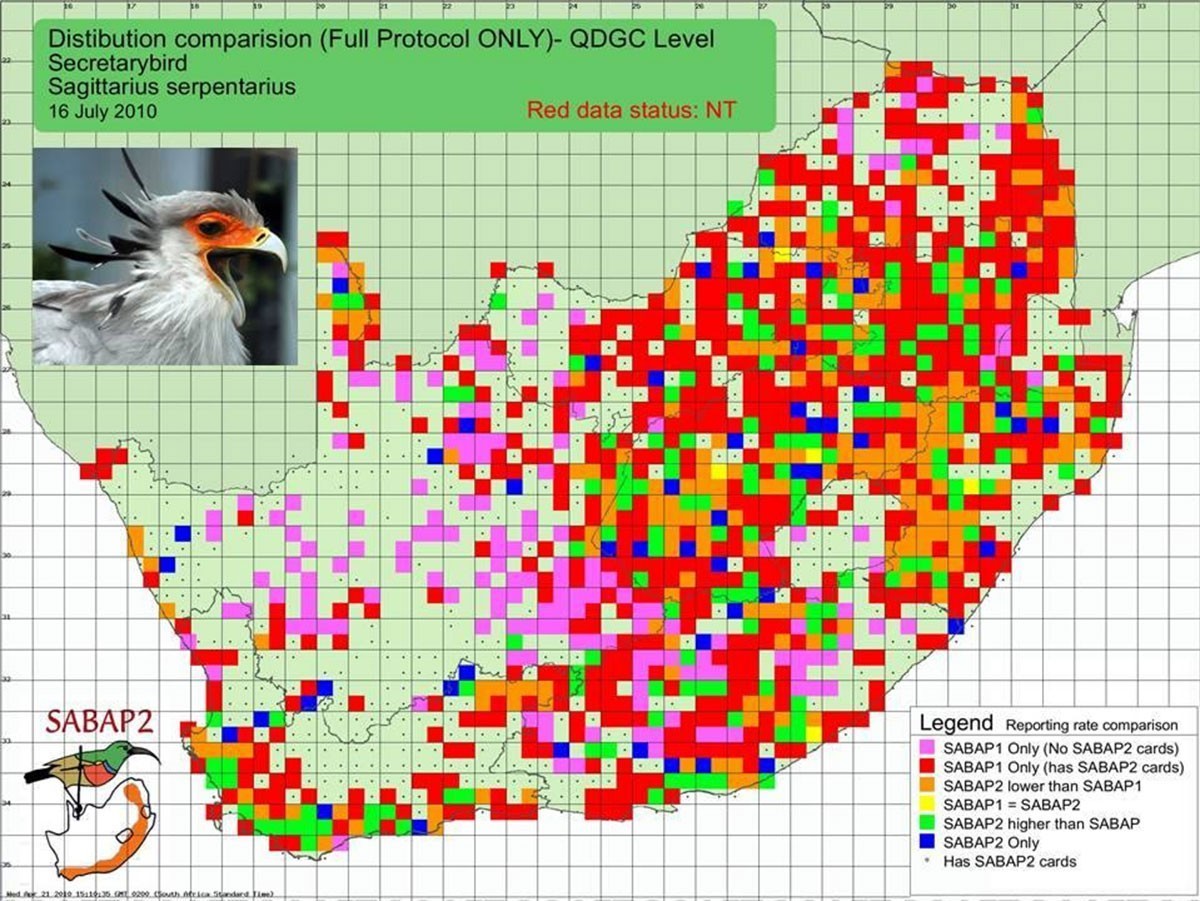