Starting with the rivers and wetlands, we surveyed the Weyers River, an important tributary of the Gouritz River. This entailed locating ecological survey sites at intervals along the river, permanently marking those sites with GPS co-ordinates, photographing the river or wetland from a permanent fixed point marker and collecting information at each site in terms of the soil stability, vegetation cover, alien plant infestation and so forth. We set up eight fixed point photo sites along the river and also established 17 ecological monitoring sites. The real value of these sites is that the exact same site can be visited again in the future, guided by the GPS co-ordinates, to re-survey conditions and compare the results from year to year. In this way it will be possible to objectively measure the progress with alien tree clearing operations, determine the need and priority for interventions and keep a watch on changes, good or bad, in the river system. Farm on the Langtou river showing complete loss of the natural wetland and black wattle invasion.

Recent fish surveys revealed that the Weyers River is home to two little fish species (rooivlerkies) that occur only in the upper Gouritz River tributaries and one new species that has not yet been scientifically described!

The Weyers River is thus quite special and something of a gem in the Gouritz River system.

During the surveys we also recorded the birds, mammals, reptiles and amphibians observed during the surveys. At one locality, a full-grown clawless otter, fully occupied with his search for crabs in amongst the river stones almost walked right into us as we stood surveying the river. At another site, while struggling through dense wetland growth much taller than me, I startled a big bushpig and sent it crashing off through the “palmiet” and reeds in disgust, luckily in the opposite direction.

We confirmed the presence of 49 bird species and 15 mammal species during the survey and hope to add many more to our checklists for the area during our next survey which will include the Langtou and Kamma rivers and wetlands.

Another positive to come out of the survey is that the landowners are keen to co-operate with the GCBR in the establishment of conservation planning for water, alien plant control and fire management. With their goodwill, half the job is already done. 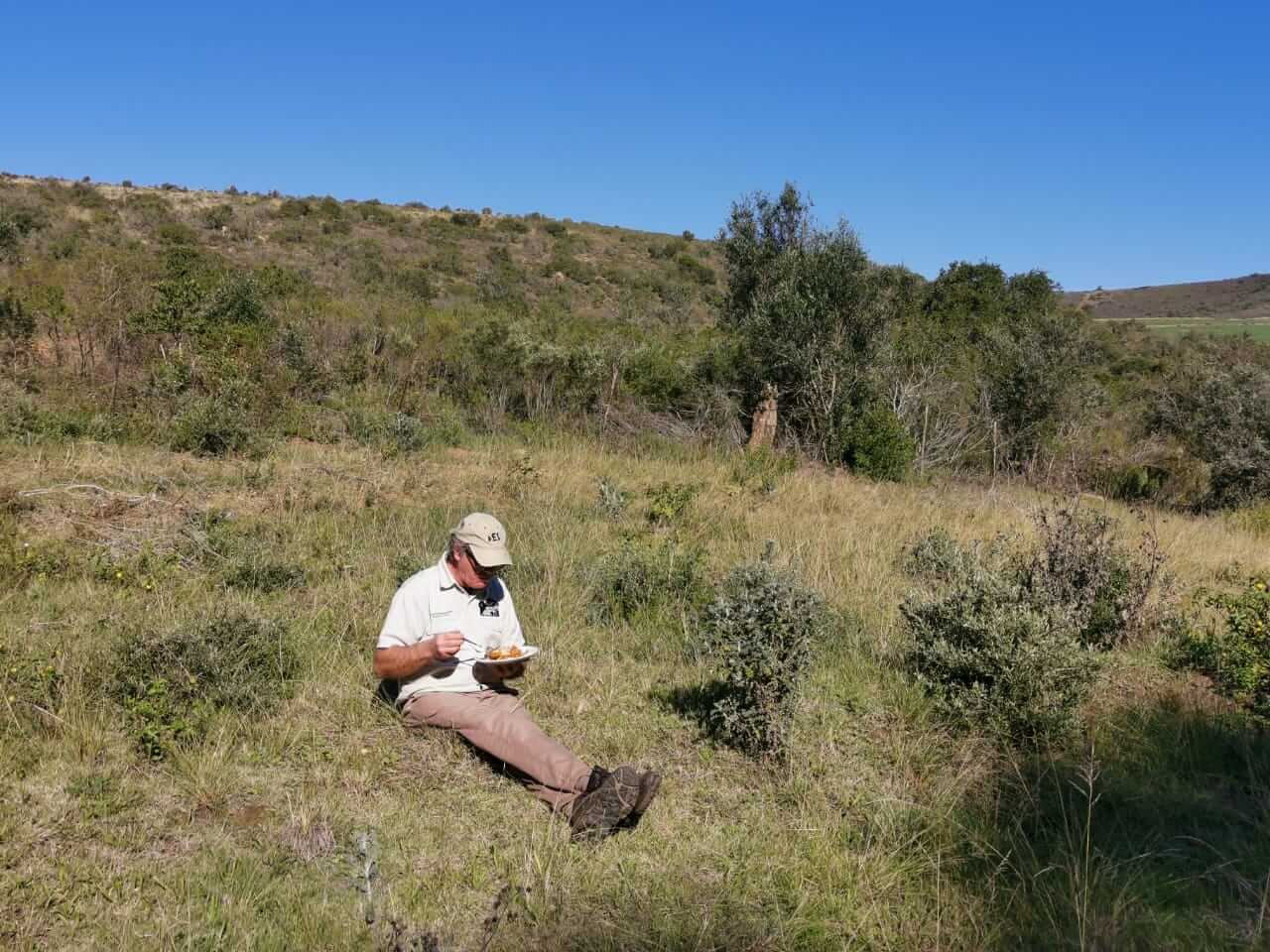