This species comes from Australia and under CARA 2020 it is listed as a Category 1 invasive while under NEMBA it is listed as a Category 1b invasive. Stinkbean is a problem in the Western and Eastern Cape provinces. It is a big problem in the project area as it competes with and replaces indigenous species while the superficial root system withdraws a tremendous amount of water from the soil. Dense stands along watercourses are likely to reduce stream flow and accelerate erosion.

This invasive species propagates only by seed, and parent plants do not coppice once they have been chopped down or burnt. However, the large number of seeds produced by the plant are hard and they remain viable for a long time, accumulating around the stem of the parent plant. The seeds could also land in the water, be carried downstream or they may be spread by river sand used for building purposes. 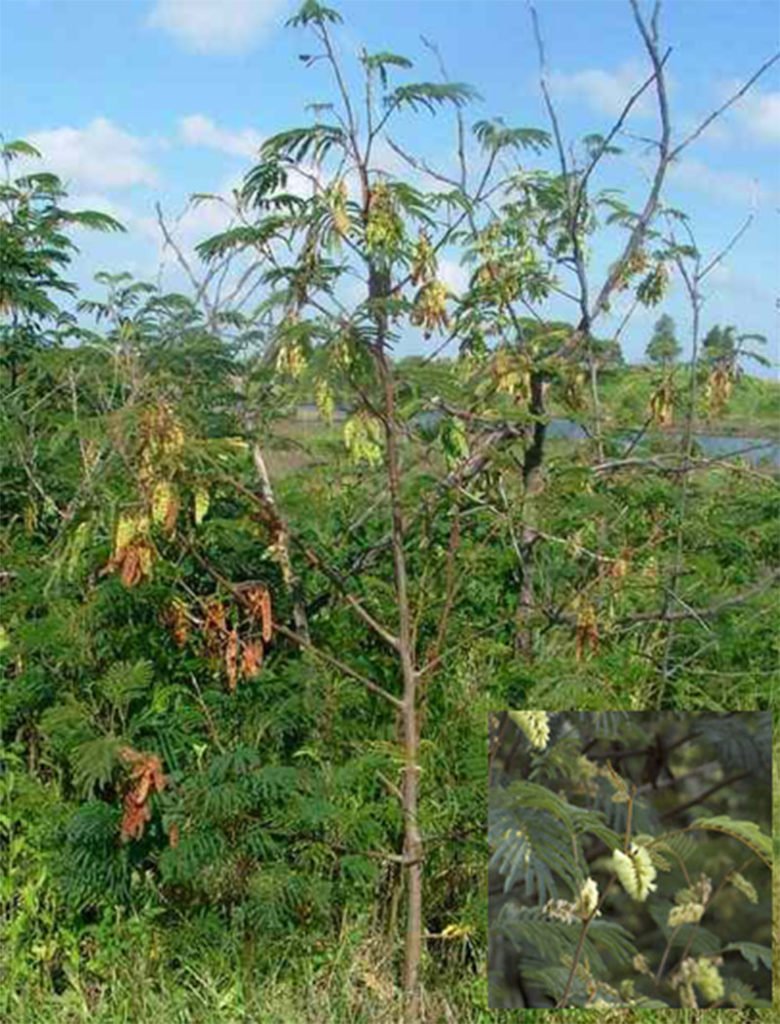 It is critical to eradicate the plant while the infestation is still a minor one, and before seeds have been produced. Recently Jobs4Carbon did exactly this to save the Kamma River from falling victim of a Stink bean infestation. Read this story here (https://gouritz.com/kamma-wetlands-stink-bean-eradication/)

However, in areas where trees are already producing seeds it is a lengthy and expensive process to eradicate the weed since the seeds may continue to germinate for a long time. This is when the application of biocontrol should be incorporated into a more comprehensive invasive alien plant (IAP) management plan that might include other methods of control such as chemical and mechanical control as well as utilisation of products of the weed.

Biocontrol is environmentally friendly because it causes no pollution and affects only the target (invasive) plant. Furthermore, it is self-sustaining and therefore permanent, which makes it cost effective. It allows the natural vegetation of the area to recover gradually in the shelter of the dying weeds because it does not kill the target plants at once and does not disturb the soil or create large empty areas where other invaders could establish.

The Gouritz Ecological Corridors Project is working closely with landowners to identify areas infested with IAPs. In the upper reaches of the Langtou, Harry Muller noted a small population of Stink bean plants, while Gondwana Game Reserve’s management also reported a population of this invasive plant on the road verge of the road and in one valley in Heuningklip. A request was made to Working for Water to provide and release the biocontrol agent, the Acacia seed weevil (Melanterius species) in the affected areas. The biocontrol agent was released on 10 November in the upper Langtou and on 2 of December in Heuningklip.

While the impact of the biocontrol is already visible, it is now time for landowners to develop and implement a coherent and actionable IAP management plan to ensure that further infestation is prevented, and eradication can be achieved. 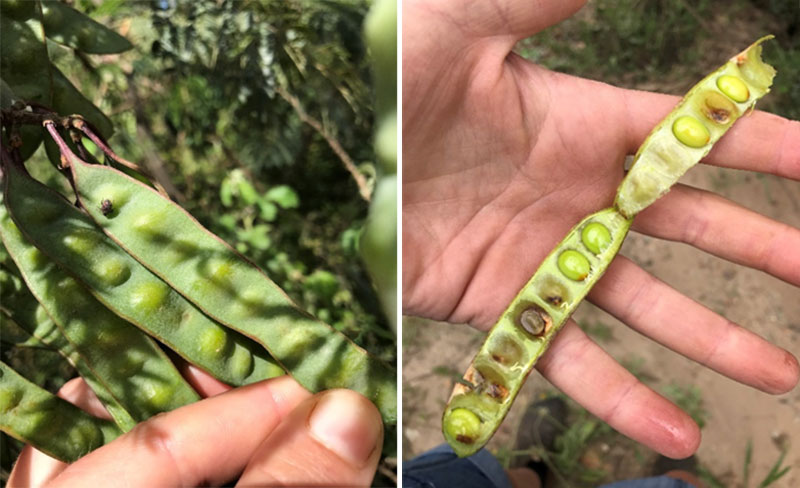 Photo. 2. On the left the Acacia seed weevil is starting to bore into the Stink bean seed. On the right, 20 days later the damage to the seeds is clearly visible.