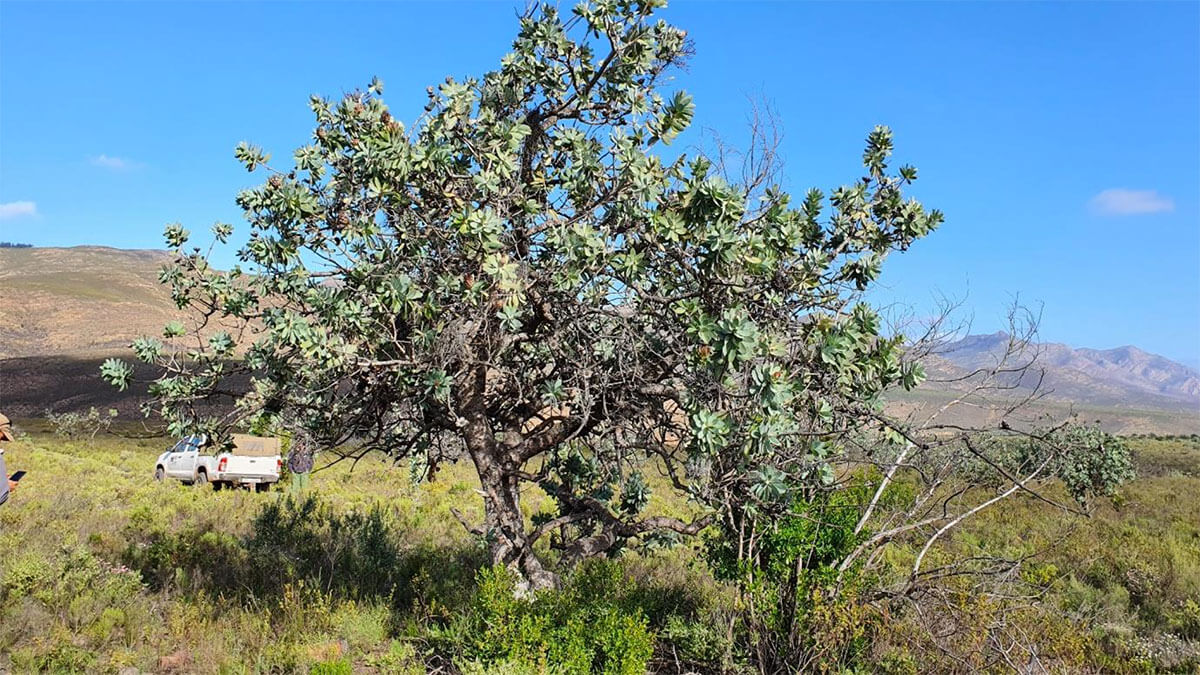 According to the SANBI data base the Waboom can grow to 10m high with a trunk diameter of 1m when it grows in favourable conditions. “A multi-branched dwarf form with a rootstock and with narrower leaves occurs on the Cape Peninsula, Cape flats and Riversdale flats” 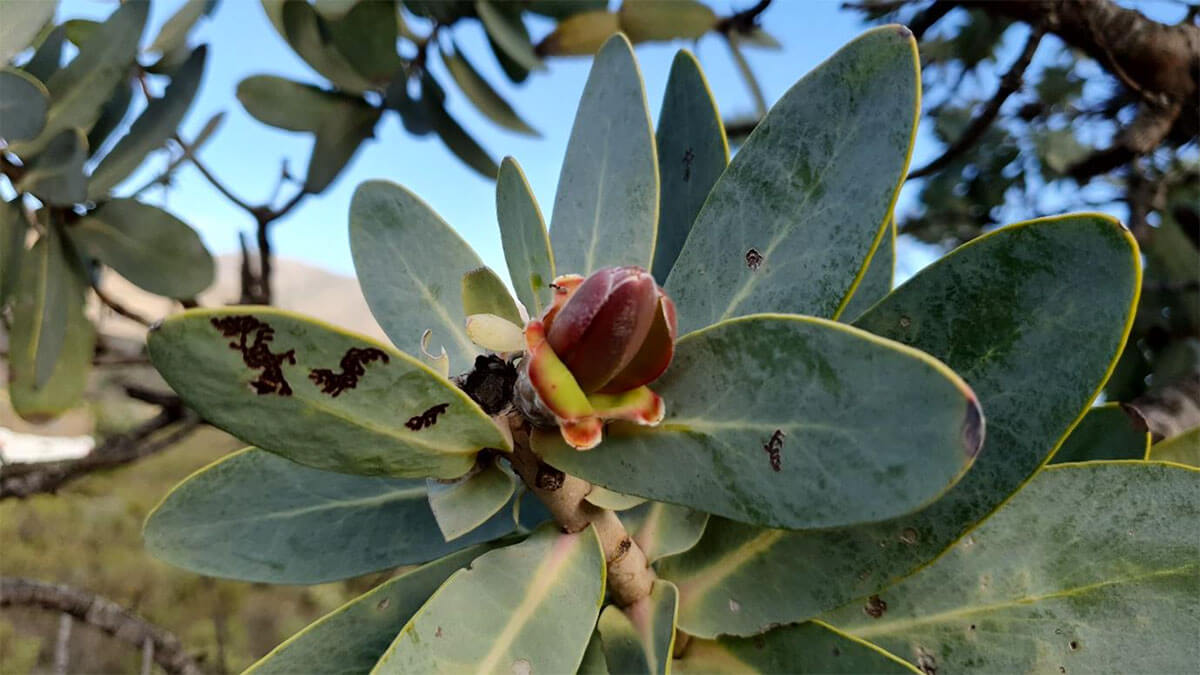 The growing tips are red and mature into bluish, sea-green leaves. Large, greenish white flower heads appear year-round with a peak from May to August. Many small fruits (usually referred to as seeds) with long straight hairs are released 9-12 months after flowering. 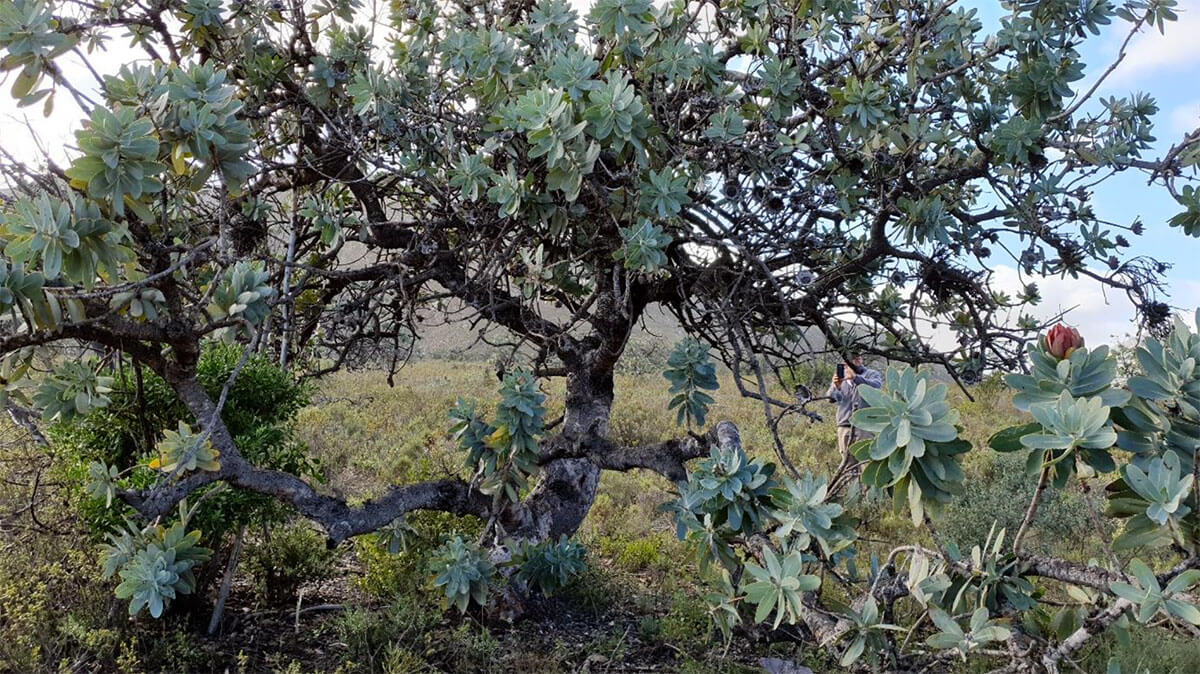 The Waboom, a slow growing and gnarled small tree, has many historical uses, amongst others baboon lookouts, firewood, the manufacturing of furniture, charcoal, tanning leather, dye, ink from the leaves and even a treatment for diarrhoea made from the bark but the one that gave it its name (first recorded in 1720!) was the use of its wood for making wheel rims and brake blocks for wagons.

They can survive Fire!

The Waboom, which forms part of South Africa’s fynbos vegetation, is amazingly and quite uniquely adapted to survive most veld fires. Fire will destroy its branches but after a while it will start resprouting again from the bottom.

Conservation Status: The current status is “of least concern” (LC) but in the past there were thousands lost to overexploitation due to the various uses it offers.

According to the SANBI data base the distribution and habitat in SA is as follows:

“Protea nitida has a widespread distribution ranging from the Bokkeveld escarpment to the Cape Peninsula and the Winterhoek Mountains in the Eastern Cape. It occurs at altitudes of 0-1200 m above sea level and prefers drier, lower slopes, especially well-drained scree. An abundant population of P. nitida can form open woodlands”

There are 1600 species spread out over the southern hemisphere in countries like Australia, Africa, Central and South America, islands east of New Guinea, New Caledonia, Madagascar, southeast Asia, New Guinea and New Zealand

Compiled by Kezia from information found on the SANBI data base (website: http://pza.sanbi.org/protea-nitida)
Photos taken on the Bonniedale Farm (Ruiterbos area) during a recent training session and field trip