Two months ago Ina Scholtz from Jobs for Carbon(J4C) , initiated a project to reach out to farmers wives in Drought-stricken areas. She asked her clients in George to donate funds to help her with this project. All the members of the J4C teams, as well as all the members of Landcare, donated funds. She also received donations from farmers. The CEO of GCBR, based on a rand for a rand, also made a donation on behalf of the GCBR.

J4C put all the ingredients in packages. We decided to take it to the Jansenville and Waterford farmers associations, in Eastern Cape. They know where farmers, their wives and families are the most in need.

We drove to Jansenville and Waterford and realized that the draught had a severe impact on the environment, but also on the minds of the people. When we arrived, a thirty-six ton truck just left, after downloading donated maize. Farmers and workers were busy to get the maize into bags.

We met the Chair of the Waterford farmers association and hand over the packages to him and some of the ladies who were present.

Thank you to all who made a contribution to the success of this Reach out project. The people in need appreciate it a lot. You made a difference in the lifes of the people of Jansenville and Waterford. 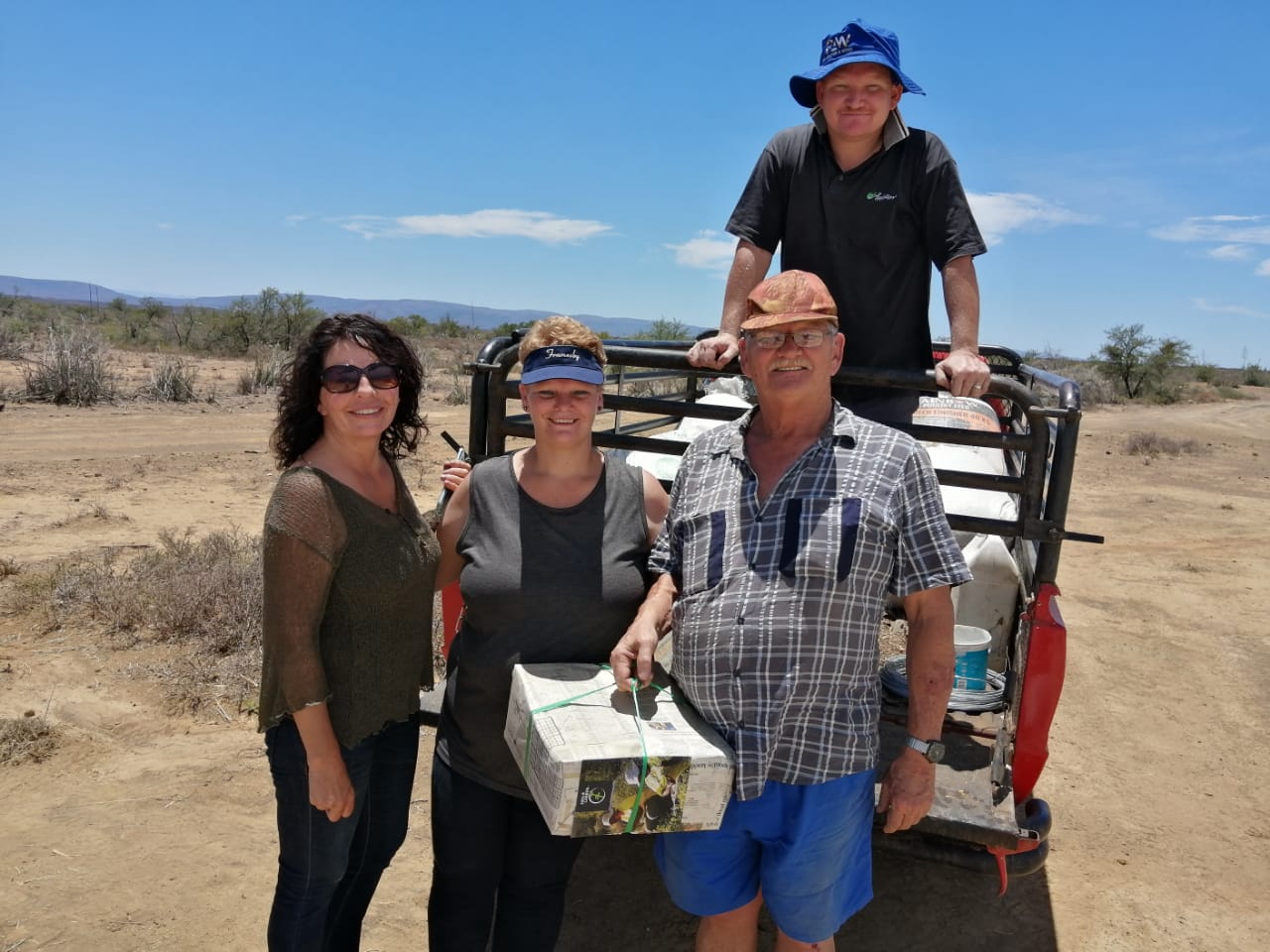 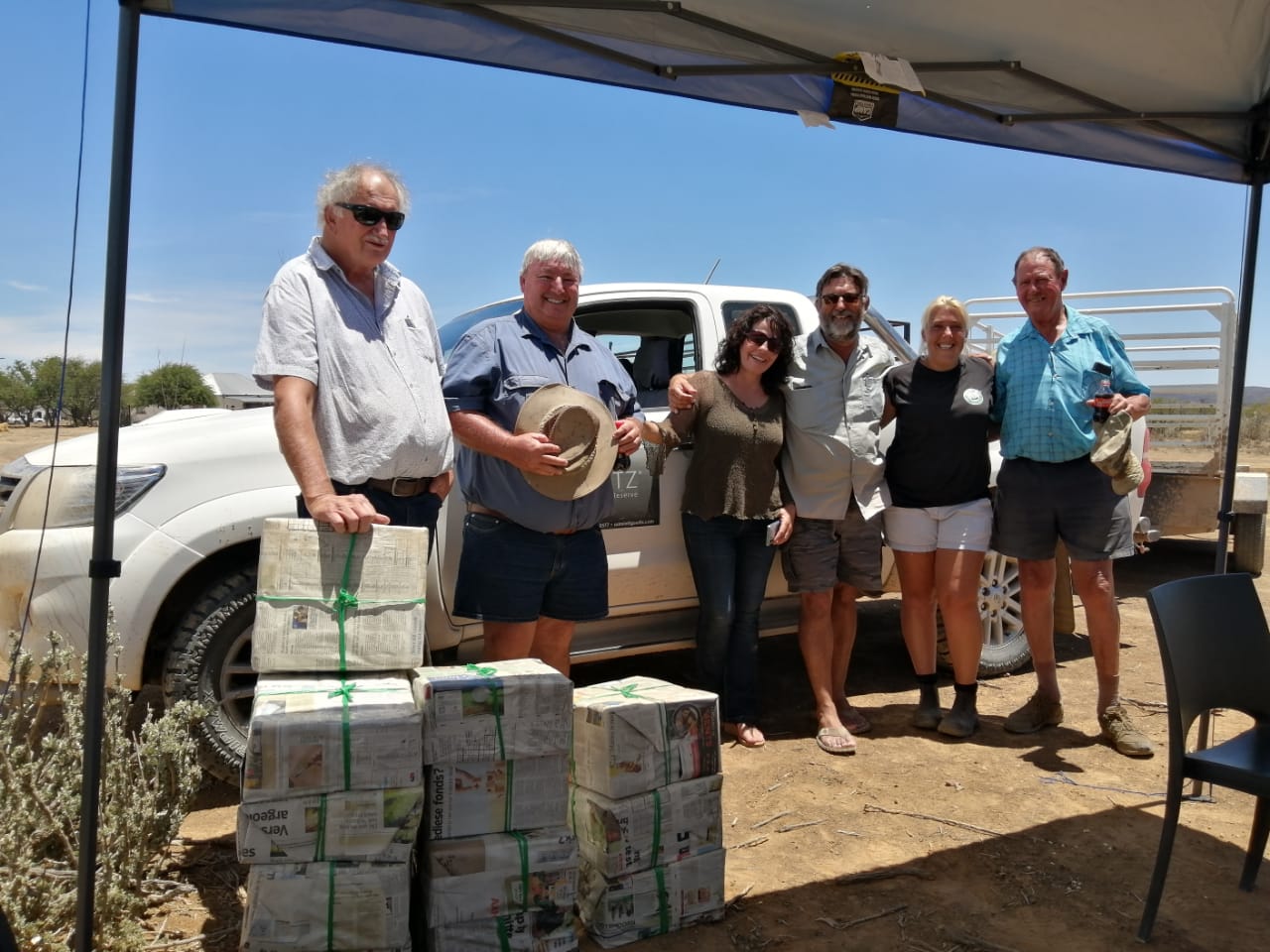 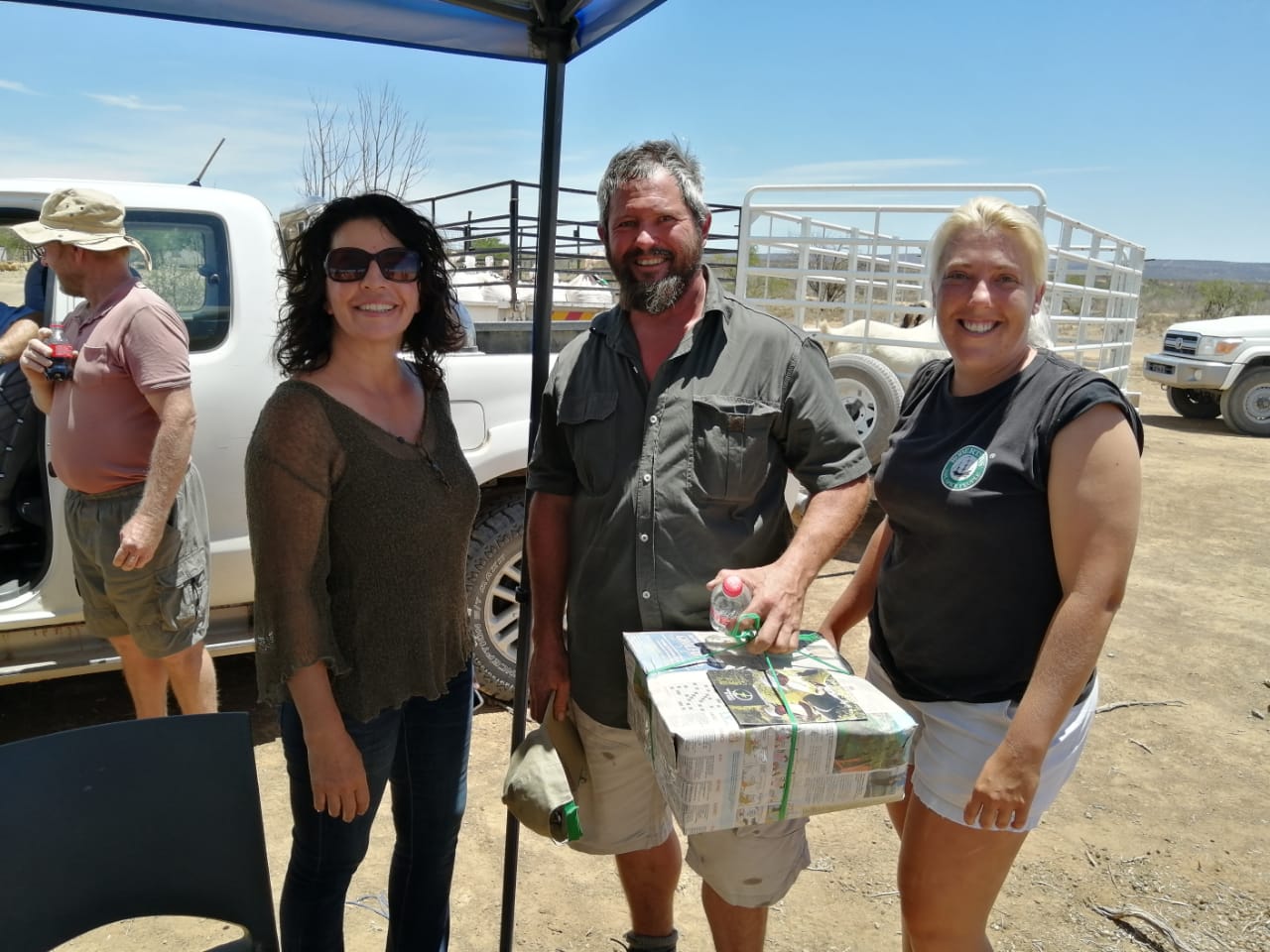 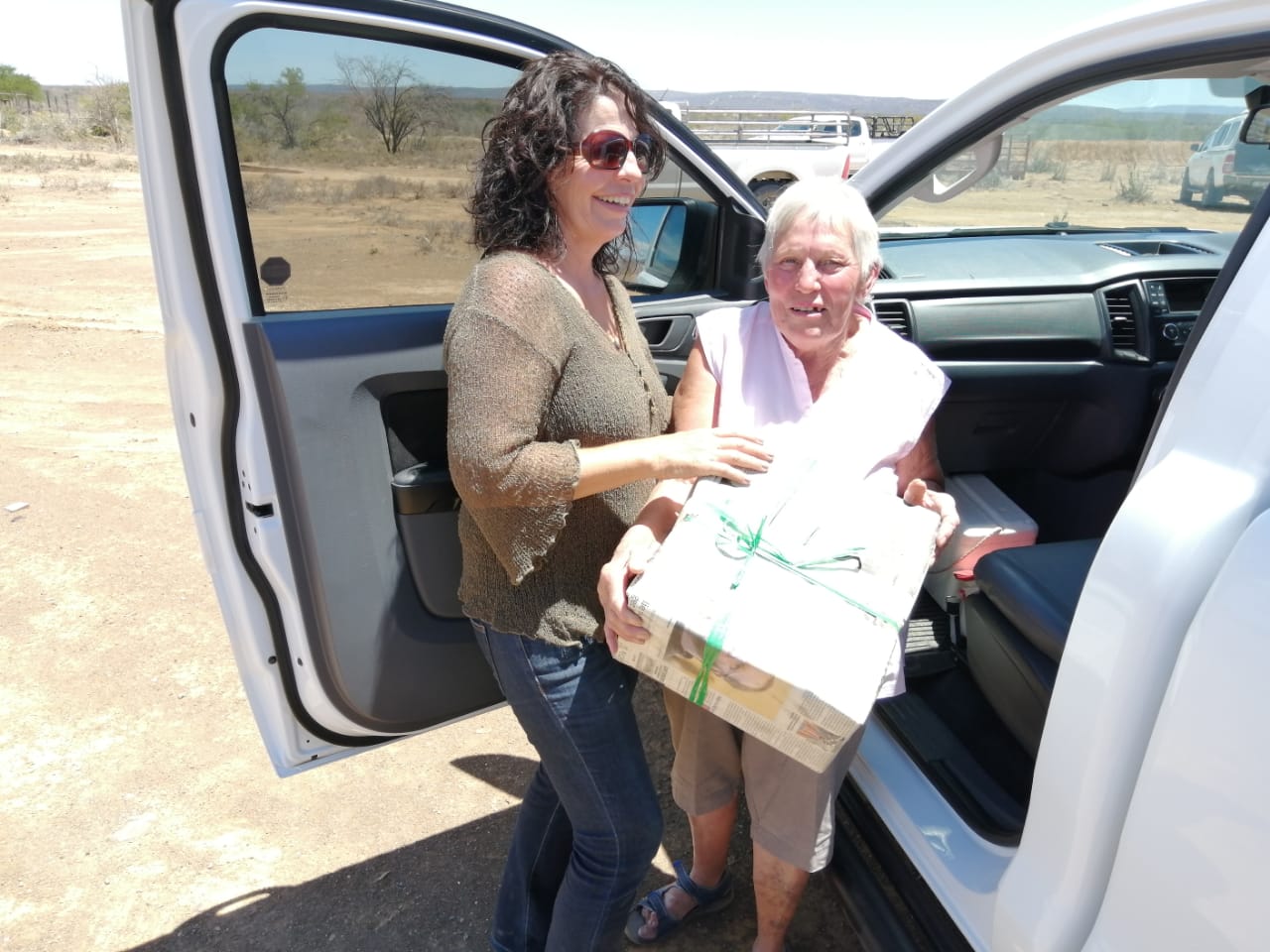